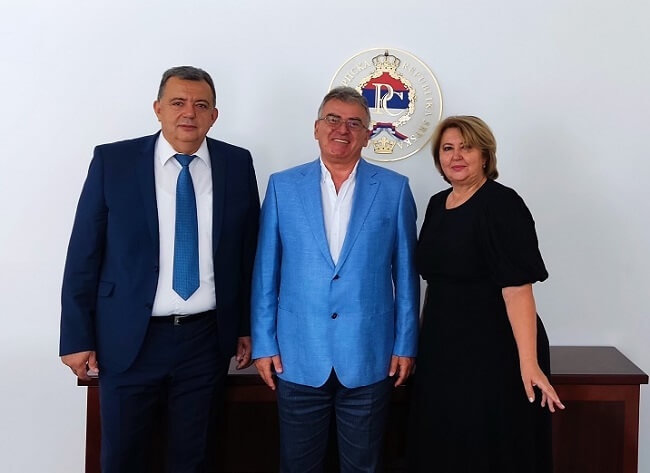 The meeting was organized within the framework of the Agreement on Professional Cooperation, which the heads of the Supreme Audit Office of the Republic of Srpska Public Sector and the State Audit Institution of the Republic of Serbia renewed on February 6, 2020 in Belgrade.

The areas of cooperation provided for in the Agreement also refer to the exchange of experience in the translation and application of INTOSAI standards and other professional regulations, the organization of joint trainings, workshops and seminars in the field of external audit in the public sector.

“The cooperation between our two institutions does not only take place at the highest level, between me and the auditor general, but also between our auditors who exchange knowledge and experience, which means that our Cooperation Agreement really lives in practice, and that makes me very happy. Also, I would like to take this opportunity to congratulate my colleagues from Republic of Srpska on moving into the new premises, which are among the best in the region,” said Dr. Duško Pejović.

Auditor General Jovo Radukić thanked his colleague for the visit and expressed his satisfaction with the cooperation so far, which is also reflected in the parallel audit of performance that was jointly carried out last year by the supreme audit institutions of the Republic of Srpska and Serbia.

Оngoing cooperation in accordance with the signed Agreement on Professional Cooperation was discussed, as well as possible modalities for carrying out certain professional activities in the future.