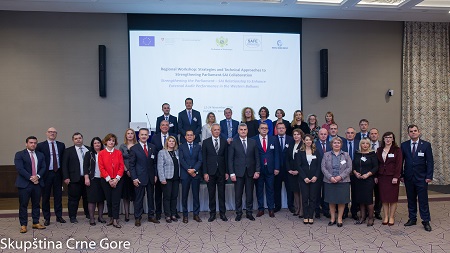 Participation in a regional workshop

Organized by the World Bank, which cooperates with the Network of Parliamentary Committees for Economy, Finance and European Integration, in Podgorica (Montenegro) in period from 12th till 14th November 2019 was held Regional Workshop “Strengthening Liaison between Parliaments and Supreme Audit Institutions in order to improve the Performance of External Audit in the Western Balkans”.