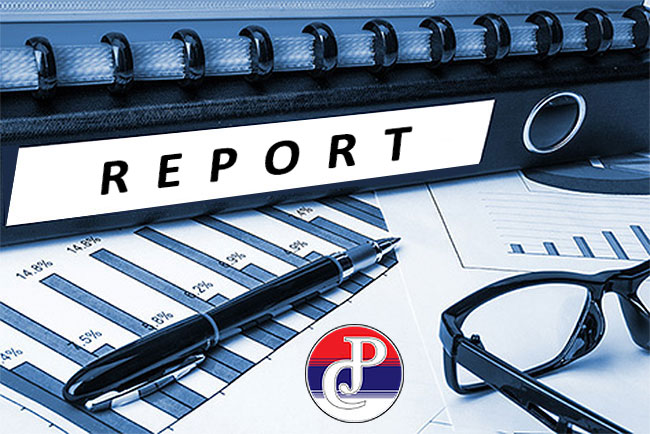 The Supreme Audit Office of the Republic of Srpska public sector has completed the cycle of audits for 2022, in which the largest number of audit engagements was carried out and the largest number of reports presented since the Supreme Audit Office has been operating, while maintaining the achieved level of quality and full compliance with laws and professional standards.

In the structure of 77 audit reports of financial audits that were carried out in 2022 and refer to the audited period 01.01-31.12.2021. year, 44 reports refer to mandatory audits under the Law on Auditing the Public Sector of the Republic of Srpska and audits of municipalities/cities, while 33 reports refer to public institutions and other budget users where audits are not conducted every year.

In addition to the aforementioned audits, 23 engagements were also carried out to check the status of financial audit recommendations and compliance audits.

Six performance audits were conducted, covering 78 public sector institutions and resulting in a total of 41 recommendations. The reports related to the following topics:

– „The work of communal police to maintain communal order”,
– “Improving the organization and functioning of inspections”,
– „Internal audit and control in public enterprises”,
– “Protection and preservation of natural resources”,
– “Prenatal measures in local self-government units of the Republic of Srpska”,
– “Construction and maintenance of cultural facilities”.

Four follow-up reviews of the implementation of the recommendations from the performance audit report published in the previous period were also carried out, which covered 35 public sector institutions and checked the status of 34 given recommendations.

All final reports are delivered to audited entities and competent institutions and are published on the website of the Supreme Audit Office.

Through 77 financial audit reports for financial statements, 36 positive audit opinions were given, an opinion with a reservation for 38 reports, and three negative opinions.

For compliance with laws and other regulations, a positive audit opinion was given for 32 entities, an opinion with a reservation for 42 reports, and three negative opinions.

In the case of ten subjects, in a separate part of the report, it was mentioned “calling attention” to certain issues that may in the following period have an impact on the opinion on the financial statements or on the compliance of operations.

In the case of audit subjects where the audit is carried out every year, the number of recommendations and identified material and significant deficiencies (qualifications) is decreasing per audit report, i.e. the more audits are present and audit engagements are carried out more often, the structure of audit opinions shifts from negative and opinions with a reservation towards positive opinions.

All this confirms the contribution of the public sector audit to the improvement of the quality of the financial reports of the audited subjects and the elimination of deficiencies in terms of compliance with regulations related to financial reporting, i.e. strengthening financial discipline and with the help of audit recommendations. However, the degree of implementation of the recommendations is still not at the expected level.

It is worth pointing out that the European Commission recognized the contribution of the Supreme Audit Office in the field of public finance management, as shown by the positive evaluations given in the last published Report for Bosnia and Herzegovina, in which the area of financial control, which includes external audit, was the only one rated with good progress, which confirmed the findings from the SIGMA Report on the professional evaluation of the work of supreme audit institutions in BiH from November 2020.

Also, in 2022, the Supreme Audit Office continued to strengthen cooperation with supreme audit institutions from the countries of the region, as well as with international organizations, civil society, the media and the academic community.