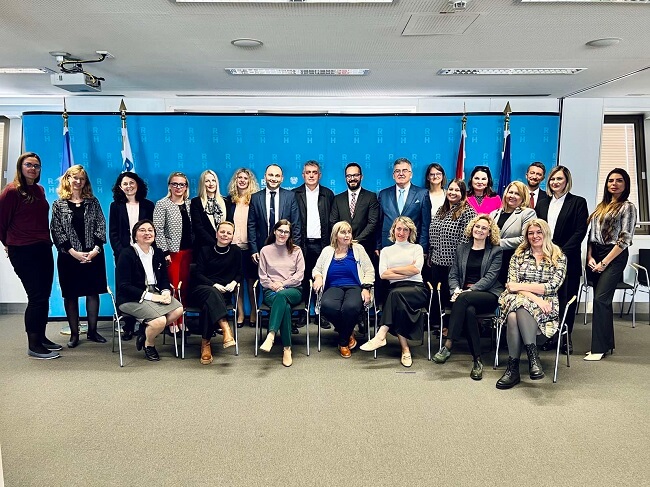 In the organization of the United Nations Agency for Gender Equality and Empowerment of Women (UN Women), representatives of the Supreme Audit Office of the Republic of Srpska Public sector paid a study visit to Wiena (Austria) in the period from October 10 to 13.

Representatives of supreme audit institutions visited the Parliamentary Budget Office of the Austrian Parliament, the Court of Auditors of the Republic of Austria (which also serves as the General Secretariat of the International Organization of Supreme Audit Institutions – INTOSAI), the INTOSAI Development Initiative (IDI), the Federal Ministry of Finance of the Republic of Austria, the City Administration of the City of Vienna and the Federal Office for Performance Management.

The general goal of this study visit was to strengthen the capacity of supreme audit institutions in the region to prepare and conduct a parallel regional gender audit with the main focus on Sustainable Development Goal 5 – Achieve gender equality and empower all women and girls.

Representatives of supreme audit institutions from Bosnia and Herzegovina and Serbia had the opportunity to learn from the experience of Austrian relevant actors about the possibilities of including gender issues in audit processes, implementing a special gender audit and preparing for a parallel gender audit in 2023.

The study visit was realized as part of the UN Women regional project “Transformative financing for gender equality towards more transparent, inclusive and responsible governance in the Western Balkans” (2020-2024).